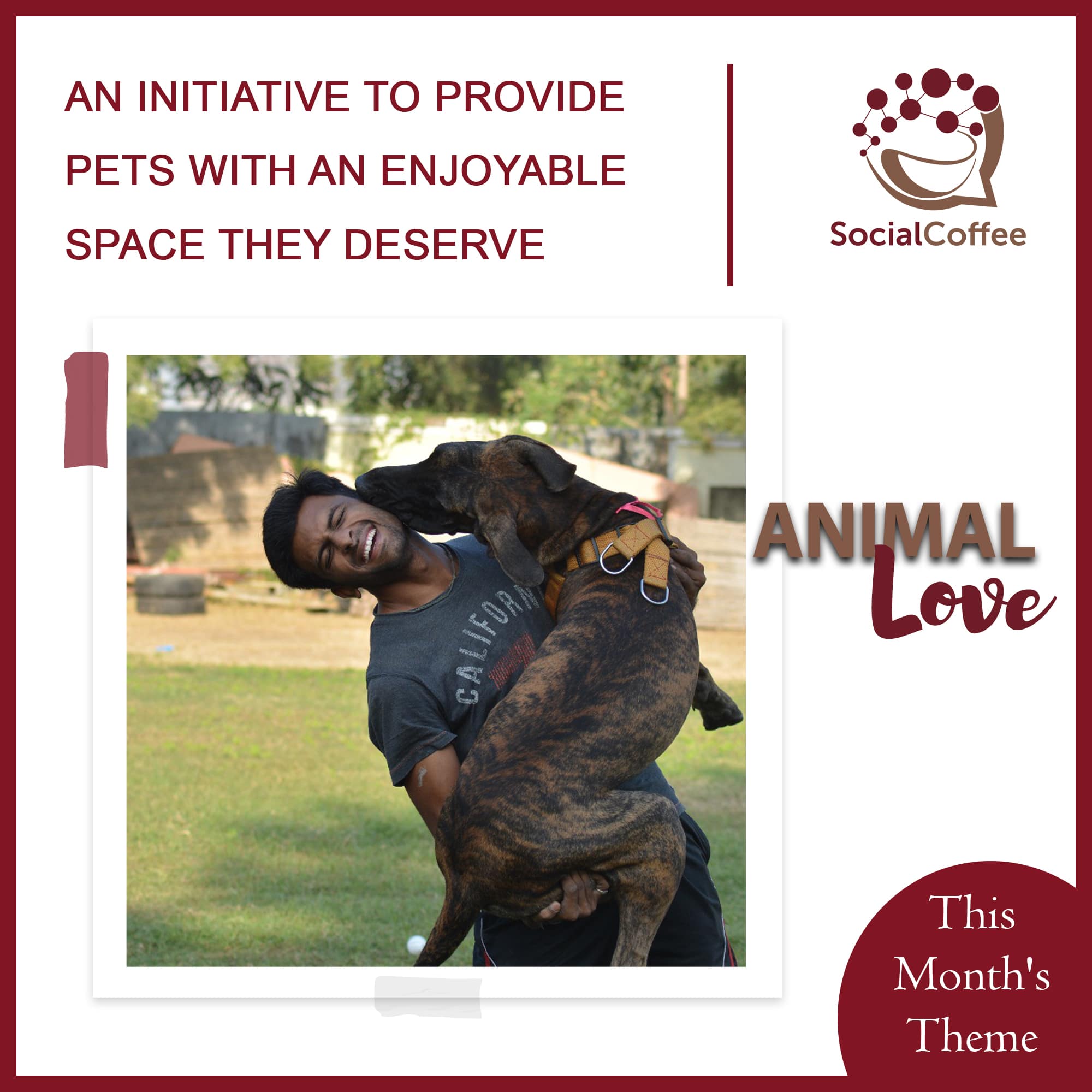 An Initiative to provide pets with an enjoyable space they deserve

My small efforts for giving pets a park they need – 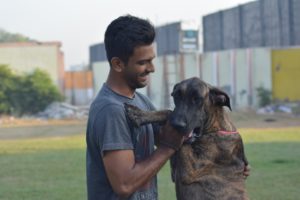 You know how they say, when one door closes, another opens. Well I can say the same happened in my case too. I had it all planned out, that I will complete my engineering and go abroad for my further studies, but due to my US Visa getting rejected I had to come up with a new plan for my future. My friends and I got together and started brainstorming ideas and came up with the idea of a dog park or a plastic recycling unit. We argued about the point stating that we do not have any place where in India there are very few places where we can take our pets and they can have unrestricted access and a place to play and enjoy themselves. I mean if we looked at any of the gardens and parks, dogs were not allowed over here and dogs being the fun creatures they are required a space to just run around and enjoy themselves. Finally we all decided to stick to the idea of a dog park.

Hunting for a place….. 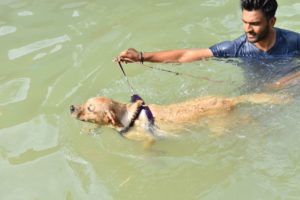 We wanted to create a space which would provide a good space, proper facilities and which was also properly maintained. There were basic things required like water. grass and a place that was clean and open. But the setback we faced was that nobody even wanted to talk to us with regards to our plans. We went and met party plot owners, popular garba dance plots and even some roadside eateries which had an open space, but to no avail. Nobody wanted to rent us the space. A place that we checked out did not have he necessary boundaries in place, which was a big issue if we were arranging a dog meet-up and that would cost us a lot. Finally out of desperation we all decided to go home and try to spread the word via social media about the cement blocks and boundary requirement or maybe even an alternate place for the meet-up. At around 8 that night I got a message from a young boy just mentioning the name of the place called Jalsa Party Plot and since I had never heard about it before, I just decided to Google it and we all went to see the place the next day. To our surprise, this place was quite the opposite of the first place we saw and in a good way, but sadly we didn’t get any response from the owner or the caretaker despite repeated attempts.

A good deed always comes around. 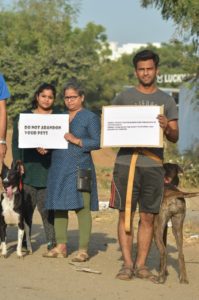 Now I truly believe in the saying, that if you are doing good, something good will always happen to you. We somehow managed to finalise this very place for the dog meets, but it obviously wasn’t perfect. We needed to arrange something for them to place with and also had to begin with the maintenance of the place. So we decided to get the agility equipment and approached many carpenters, as well as industrial manufacturers with regard to our requirements. We exactly needed 5 equipment in place, a bridge, an A-frame tunnel, a close tunnel and ride and even waste stations. Sadly none of the carpenters were aware about this and did not want to get into it. That gave us a unique problem at our hands. But a unique problem requires a unique solution. As engineers, we decided to build up all of the equipment on our own. We purchased cardboards and hardboards from the shops, my friends started working on cutting wood and preparing the design of the equipment, while my roommate helped out with transporting the wood from one place to another. But still we had only 2 equipment in hand with the other four pending. After 2 days of hard work we all were tired and everyone quit the process, which is when I decided to make the last equipment by myself. 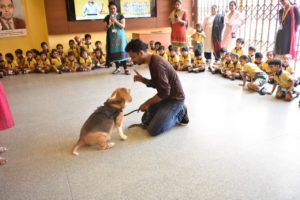 After all the hard work I put in, I organised my first dog meet-up on 12th February, 2017. Guess what was the turnout? Just one person with their pet Labrador showed up. I was extremely disappointed and disheartened with this. The same night I sat down and tried to figure out what I was missing. I realised that if I did not have a dog, how was I supposed to know of the needs and requirements of one? I decided to get down working and finding out about all different types of events on Facebook and Instagram, but even then I came up with zero search results for dog meet-ups. I understood that the only way I would get a higher turnout was by word of mouth publicity. My approach was whenever I met someone with their pets, even on the road; I approached them and provided them with the information. Eventually over a period of 2-3 months, where I had just 1-2 pets turning up, I started regretting my decision. I had basically pooled in all of my money into the equipment and I had borrowed a lot of money from friends to just keep this thing afloat. If this wasn’t successful I would be facing tremendous losses and would go into debt. I did not see a way out. It was in the month of May 2017 when a miracle happened; finally we had the turnout of 18 pets and their pet owners. And this was just the beginning. The numbers kept on increasing day by day and we planned many successful events. I had started a simple event which had converted into a big club and community and my vision for these fur babies was on track. During this very time I was pursuing my Masters and had to juggle both studies and the club. But I decided that I needed to put in equal efforts for both and after a year the club had expanded way beyond my expectations and simultaneously I had companies coming for placements to my University.

Most of the companies that came for placements were from Bangalore, Mumbai and Pune and as I am an IT Engineer the headquarters of these companies had offices only in these cities. It was a dilemma for me, whether to pursue these career options in those cities or stay back and focus on the club. I chose to go with the club. I got a placement in an Ahmedabad based company because of which it was easier for me to handle both my job and the club events simultaneously. Despite all my attempts it was difficult for me to devote my attention to both the club and work and I suffered with lack of time management. But I pushed myself and managed to master the art of balancing.

I finally had all my ducks in a row. 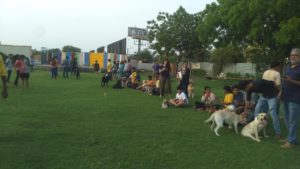 Over a period of time, I started many departments under my dog lovers club. The first one was the adoption department wherein it was our aim to find forever home for Animals and a good quality of life for our abandoned furry kids. Then we also started an animal awareness campaign which focused mainly on school kids, as they are the ones who will in the future care for our animals and the environment too. We also launched a feeding department where our staff would seek out stray dogs and supply them with regular meals. Another one was the groomer and walker department where many school and college students who weren’t allowed to keep pets at home, could come and volunteer their services and spend some quality time with the dogs, and they could also get paid for it. We also have a medical department where if any member needs help at any time, we provide them with proper help and guidance. And of course we had our regular dog meet-ups and socialization was being carried out regularly and successfully. There are still many initiatives that we are exploring for the betterment of our animals.

An initiative to provide animals with a better quality of life, one which they deserve…..

Right now, we have the largest dog lovers’ community in Gujarat and I am extremely proud of what I have managed to accomplish. My focus was always on our lovely pets and providing them with every manner or support and help required. The biggest reason I started the animal awareness campaign was because one day I got a call from a lady who had a 2 year old Labrador, She wanted us to house her pet for 5-6 months as she was pregnant and had her in-laws visiting. She wasn’t able to provide for the pet as her husband was at work and the in-laws didn’t want the pet in the house. The solution that they came up with was tying the pet in the balcony, during the summer. A few days later at 2 in the night she called me saying that the animal had passed away due to a heat stroke and I was racked with guilt of not being able to help them out. I realised that I need to focus on building up much more than just something for fun and games so that no animal faces such a situation again and my focus was on educating children as they would in turn inculcate this message. My entire journey could not happen if I did not have some very good friends and associates helping me out. At present just because of these few people I am managing to balance both work and my initiative at the same time. 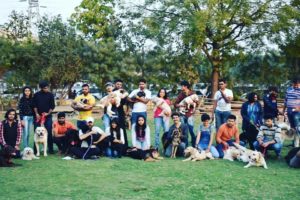